South Korea’s success in battling COVID-19 is largely due to its widespread testing and contact tracing, but its key innovation is to publicly disclose detailed information on the individuals who test positive for COVID-19. This new research reveals that public disclosure measures are more effective at reducing deaths than comprehensive stay-at-home orders.

The COVID-19 outbreak was identified in South Korea on January 13, and since then South Koreans have received text messages whenever new cases were discovered in their neighborhood, as well as information and timelines of infected persons’ travel. The authors combined detailed foot-traﬃc data in Seoul with publicly disclosed information on the location of individuals who had tested positive. The results reveal that public disclosure can help people target their social distancing, which proves especially helpful for vulnerable populations who can more easily avoid areas with a higher rate of infection.

Importantly, while death rates among older populations are significantly higher under lockdowns, those under 60 suffer economic losses twice as high, compared to South Korea’s current strategy.

In the absence of a vaccine, the authors conclude that targeted social distancing is much more effective in reducing the transmission of the disease, while minimizing the economic cost of social isolation. However, they also note that these benefits come with a cost: Disclosure of public information infringes upon the privacy of aﬀected individuals. The authors anticipate the day when cost measures for privacy loss are available, after which a full cost/benefit analysis is possible. 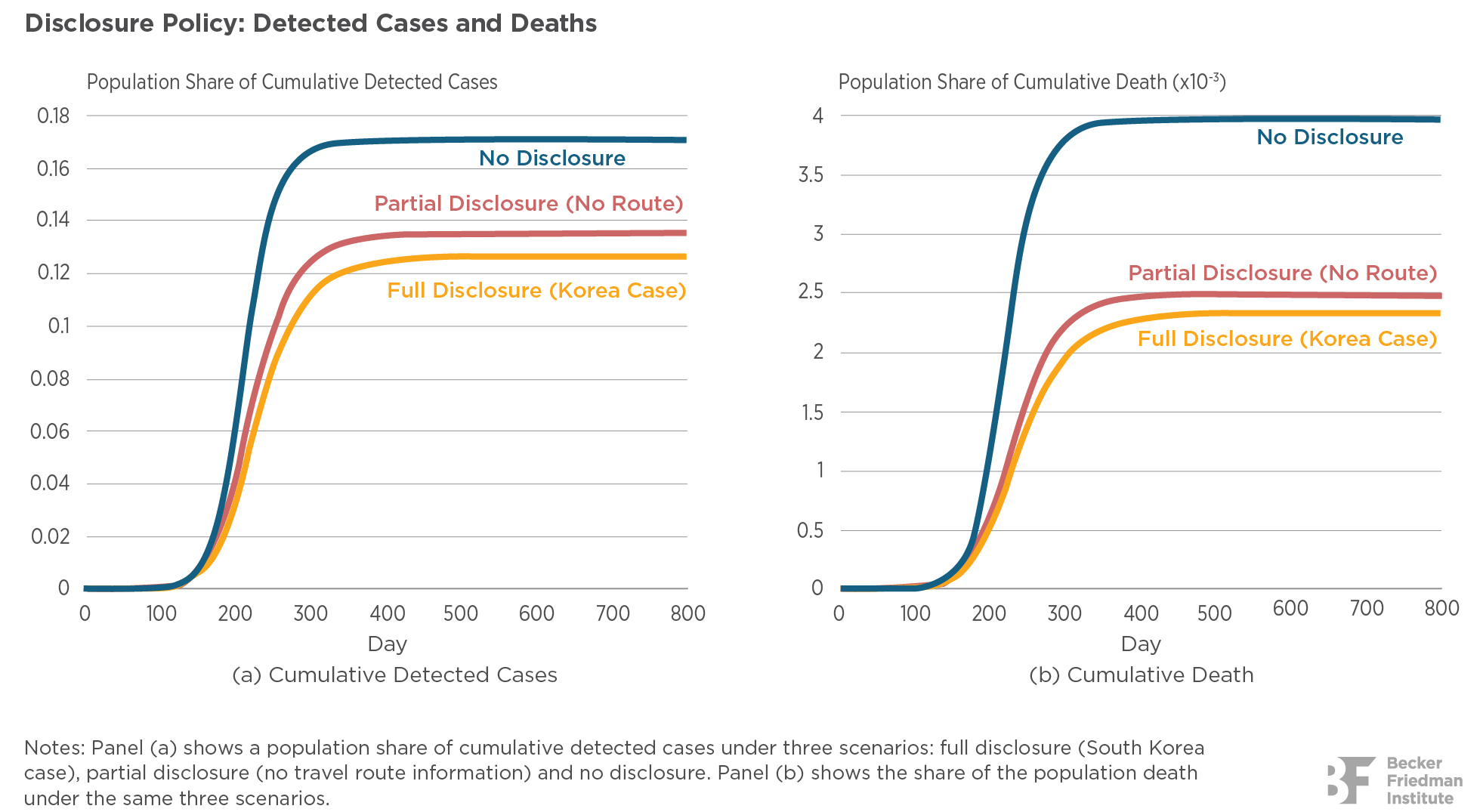 In developing countries, indirect impacts of COVID-19 may be greater than direct health impacts