China’s land market, a key driver of the country’s extraordinary economic growth over the past 40 years, does not provide revenues to local governments via property taxes, as do most developed economies. Rather, local governments serve as monopolistic sellers who control land supply and who rely heavily on land sales for fiscal revenue.

Rigid zoning restrictions in China classify different land parcels for different uses, with land zoned for residential use selling at roughly a ten-fold higher price than land zoned as industrial, which the authors term an industrial land discount (or industrial discount). Local governments, it would seem, face a tradeoff between selling residential property to raise revenues or selling industrial property at a discount to spur local economic growth for non-pecuniary reasons. At least, that is how conventional wisdom describes the tradeoff. This paper offers a different explanation by focusing, instead, on public finance rather than industrial subsidies to explain the industrial discount. 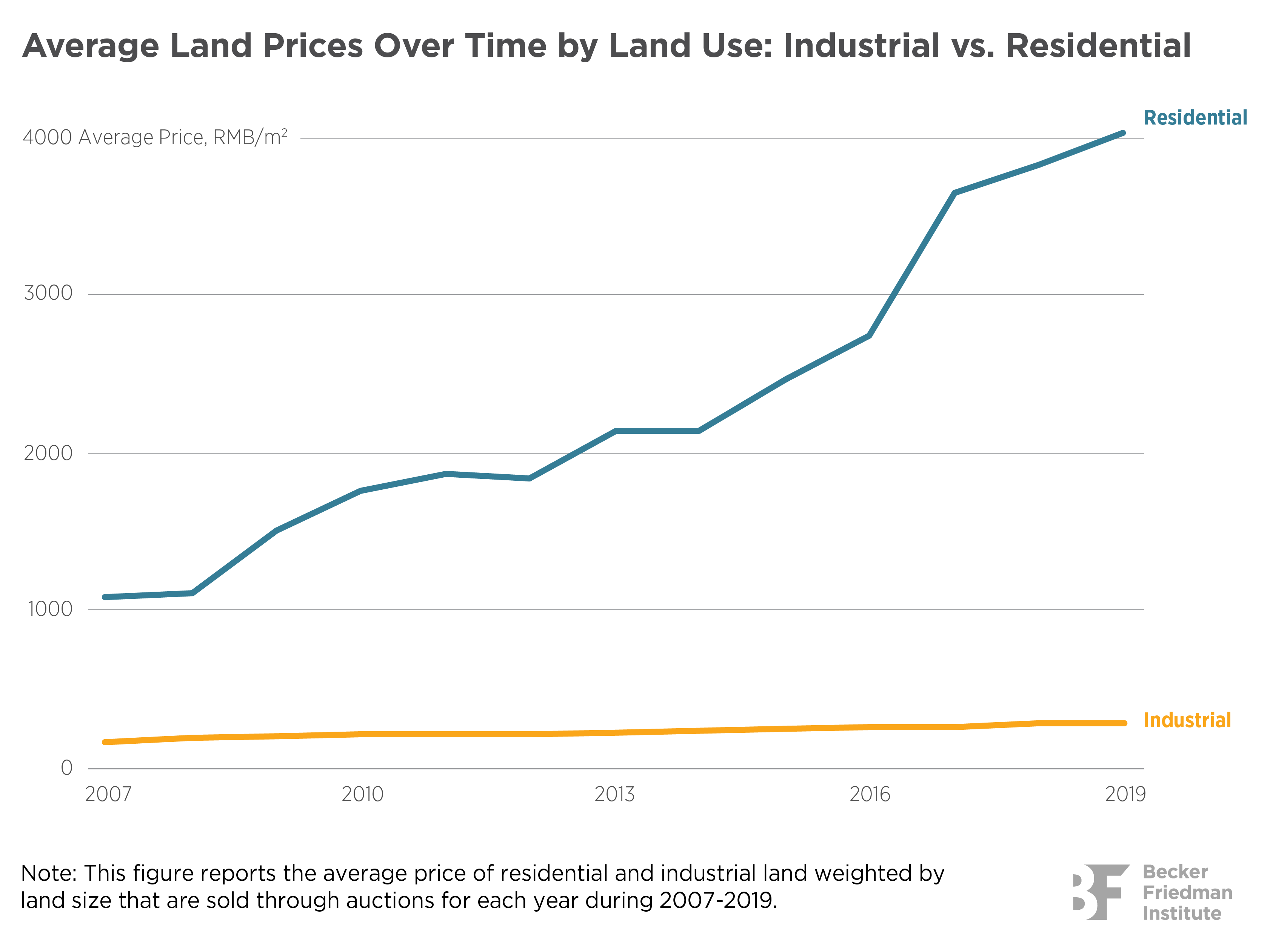 The authors propose that the choice between residential and industrial land sales involves an intertemporal revenue tradeoff. Chinese local governments are predominately funded through a combination of corporate tax revenues and land sale revenues, which together account for roughly 60% of local government revenue. Industrial land generates future tax flows, since industrial firms pay value-added taxes and income taxes along with various fees; residential land does not. This simple fact leads to a new description of the tradeoff described above:

Taking stock, this paper shows that local governments’ financing needs affect land supply to the whole industry sector in China, which implies that local public finance plays an underappreciated role in shaping the path of China’s economic growth through the land allocation channel.